Nothing could be as heart-wrenching as seeing an amazing ensemble of award-winning actors trying to resuscitate a plot line that is as predictable as your next intake of medicine.

Maybe the producers of Last Vegas thought that by placing Oscar-winning actors in a supposed comedy, they could pull off box office success, regardless of having worn-out jokes and tired punch lines concerning Viagra, hip replacements, and body pains. But these respectable actors could only do so much and this movie, which could be seen as a GP version of the Hangover trilogy, has failed to deliver on its promise of being a comedy.

The plot revolves around four lifelong friends: Sam (Kline), Archie (Freeman), Billy (Douglas) and Paddy (De Niro) who decided that they should throw a bachelor party in Las Vegas for Billy who will be married to a “thirty-ish” woman that is more than half of his age. In Las Vegas, the “Flatbush Four” explore its casinos and indulge in its wild parties with scantily-clad women. While in Sin City, the gang also met Diana (Stenburgen), a lounge singer who stole both Billy and Paddy’s hearts and the two fought for her affection.  As the story trudged on, it could be seen that the reason why Billy did not marry for the past 58 years was that the girl he only loved was Sophie, the deceased wife of Paddy. Then, it was also revealed that Sophie, while being married to Paddy, loved Billy more than her husband; and Billy did what he thought was sensible: to let go of Sophie in order to keep his friendship with Paddy. Back to the present day and in the end, Diana chose Billy and Billy dumped his girlfriend, proving that it is never too late to find true love.

One thing that stood out from this movie is De Niro’s performance who took on his role as a pained and anguished widower flawlessly. His expression of grief of his wife’s death and the realization that his wife chose his best friend all this time are enough to gape a hole in your heart.

If you ever find yourself enjoying the movie despite its worn-out clichés and predictable plot, let me provide the possible reasons why you might have stayed with the “Flatbush Four” until the end credits (after all, I am innately cynical). First, it is a story of enduring friendship that everyone wants to have. The gang may have had their differences but they tried to fix it in order to give one of their mates a chance to enjoy before being a married man. Second, the movie teaches us that doing things that make you feel youthful won’t delay the inevitable. Billy thought that proposing to a woman almost half his age would be a way to cheat death but it turned out to be futile. Lastly, Last Vegas tells us that we should not dwell on “the love that got away” but rather, be open to “the love that might get in the way.”

But in the end, the elements which make a movie enjoyable aren’t the realizations that you might derive from it. The plot and the script should stand alone and deliver. Thus, I advise you to watch this movie if you are not the one paying the ticket. Let someone else take care of the bill. 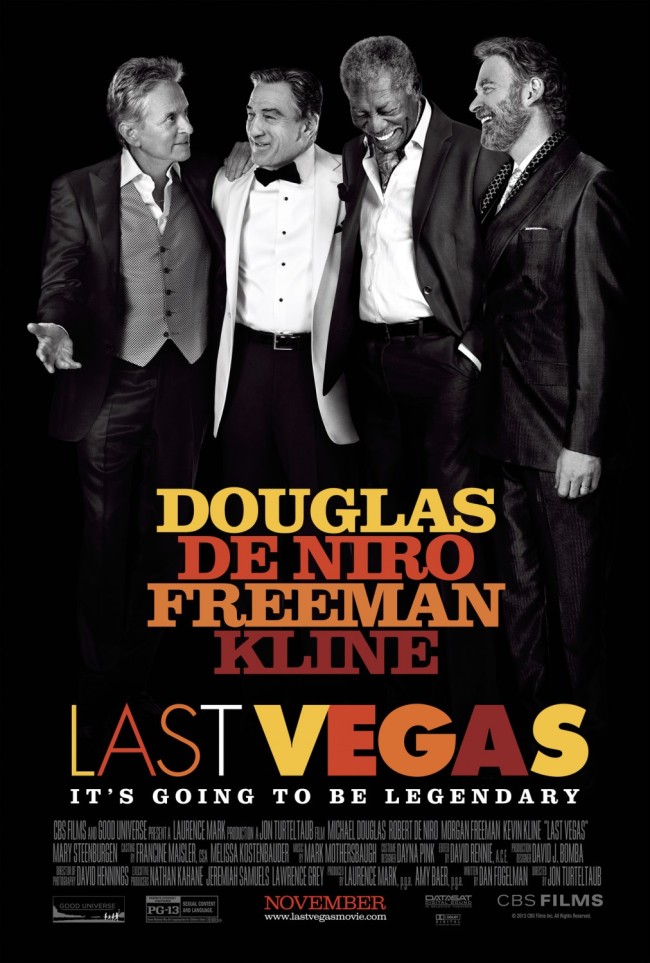