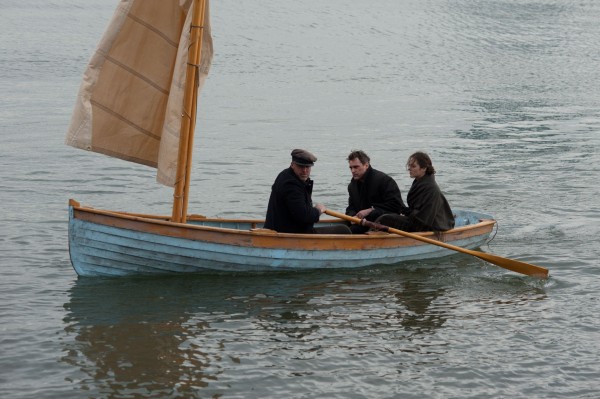 The twenties is a time that has a special place in American history — it is the decade when America experienced economic growth and this subsequently led to higher standards of living, flourishing of culture, and rapid social transformation. This period dubbed as “The Roaring Twenties” cemented the United States’ prominence and had ultimately reified what is known as “the American dream” — the dream that many people in the world still aspire.

At the same time, however, this period also witnessed a drastic downward shift in the social and moral disposition of the American people, epitomized by the yearning to defy the Prohibition and laws which restricted the influx of immigrants into the country. It is in this tumultuous setting that a powerful narrative is breathed into yet another excellent period piece — James Gray’s The Immigrant (2013).

Upon entering the United States in order to escape war-stricken Poland, Ewa (Marion Cotillard) is separated from her ill sister Magda (Angela Sarafyan) who was put into quarantine. As Ewa faces possible deportation, Bruno (Joaquin Phoenix) gets her out of trouble and brings her into his house. Ewa eventually learns that Bruno had trapped her into prostitution, but she is desperate to earn money in order to get Magda out of quarantine. Ewa later meets Emil (Jeremy Renner), also known as Orlando the Magician, and Bruno’s cousin, who showed kindness to her. Emil tries to save Ewa from Bruno, but Bruno stabs him to death. After being able to earn money from her aunt, Ewa finally reunites with Magda and leaves Bruno alone.

In contrast to the latest twenties-themed movie in recent memory – that is Baz Luhrmann’s The Great Gatsby (2013) – The Immigrant does not depict the extravagance and fortune characterizing the decade; thus it represents the undertones of the American tapestry and the realities underlying the roar of the times. We find suffering characters in a land that is supposed to be full of promise – a foreign woman who is lost and desperate, a trickster gone mad from unrequited affection, and a man whose good intentions have led to his demise. The Immigrant is indeed a modern tragedy, which utterly painted the tragedy of the times.

James Gray deviates further from his established repertoire of Palm d’Or-nominated crime films with this period film with a noticeably simple but compelling story that runs deep with very heavy emotion. But Gray’s move does not necessarily equate to compromised quality; in fact, his latest creation yet again bagged a Golden Palm nomination, and might be even a strong contender in the coming Oscars. Gray definitely put an exceptional level of artistry in the film, which was not only narratively profound, but also aesthetically appealing. The intelligent and creative use of a dark and earthy palette, elaborate twenties fashion, and camera technique complement the film’s overall somber and tragic tone. 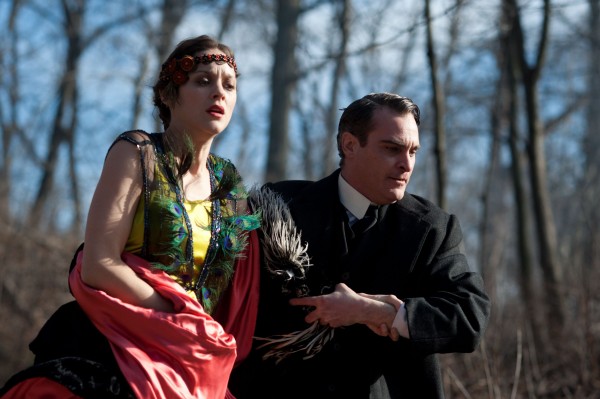 The Immigrant has gathered an amazing set of talents which faultlessly executed the complicated intricacies, particularly that of displaying despair, required by the film. Marion Cotillard’s portrayal of the desperate Ewa is both immaculate and heartbreaking, and her natural charm exudes even in the darkest of the film’s gloomy tone. Joaquin Phoenix, who is undoubtedly one of Gray’s favorite actors (he also appeared in Gray’s The Yards (2000), We Own the Night (2007), and Two Lovers (2008) — all Palm d’Or-nominated), delivers yet another gripping performance of a lovestruck and suffering man (yes, it’s another Her-like performance), and Jeremy Renner (unfortunately) was ‘just there to help,’ literally and figuratively.

James Gray’s first period piece definitely roared without having to resort to extravagance and complexity. The Immigrant once again proved that “simplicity is beauty” — that an uncomplicated narrative and artistic filmmaking is enough (or even more than enough) to create a masterpiece worthy of appreciation and recognition.

Movie buffs have been ranting about the Photoshop disaster brought about by the American version of The Immigrant’s poster, but I would say that the Japanese version is the runaway winner.

(All images are courtesy of marion-cotillard.org)