I came to know about Submarine because I was (and still am) obsessed with Alex Turner and the Arctic Monkeys. I found out that there was this coming-of-age film with a soundtrack written entirely by Alex Turner during the pre-Suck It And See era; it signified the change in sound Arctic Monkeys was headed towards, from its indie rock garage band roots. 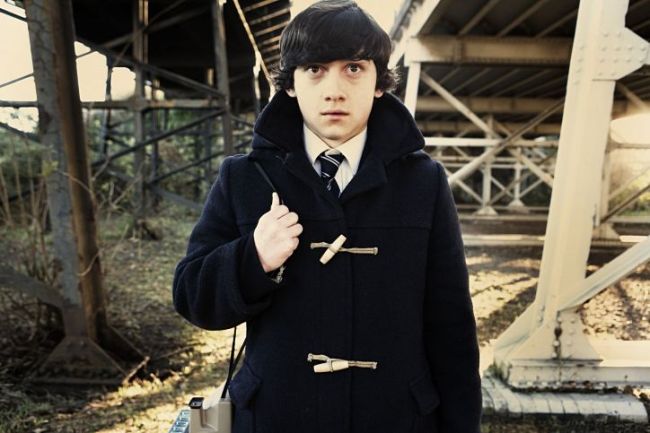 END_OF_DOCUMENT_TOKEN_TO_BE_REPLACED

Nothing could be as heart-wrenching as seeing an amazing ensemble of award-winning actors trying to resuscitate a plot line that is as predictable as your next intake of medicine.

Maybe the producers of Last Vegas thought that by placing Oscar-winning actors in a supposed comedy, they could pull off box office success, regardless of having worn-out jokes and tired punch lines concerning Viagra, hip replacements, and body pains. But these respectable actors could only do so much and this movie, which could be seen as a GP version of the Hangover trilogy, has failed to deliver on its promise of being a comedy.

END_OF_DOCUMENT_TOKEN_TO_BE_REPLACED

With film adaptations of popular young adult novels coming one after another, we once again experience the two-edged power of the page and of the screen. But there’s more to book-to-screens beyond imaginary worlds, exciting action, and young love. This May, we dig deeper into a favorite theme in literature and film — coming-of-age. Grab some tissue because here are some book-to-screens that would break your hearts and make you cry.

We all have regarded Forrest Gump (1994) as the kind of movie to watch with our families on a fine Sunday morning — touching, heartfelt, and inspiring. And much has been said about the film’s heartwarming screenplay and Tom Hanks’ impeccable performance as the iconic protagonist (let the six Oscars speak to you). But a second (or third or fourth) look at this film would make us realize that Forrest’s life is a reminder that life has its fair share of happiness and heartbreaks. Anyway, as what Forrest’s momma always said, “Life [is] like a box of chocolates. You never know what you’re gonna get.”

END_OF_DOCUMENT_TOKEN_TO_BE_REPLACED

Mean Girls…How do we begin to explain Mean Girls? In all its flawlessness, it needs no validation: it is the quintessential high school movie; the queen bee, if you must. And if you don’t know it, you’ve been living under a rock, or homeschooled by your research zoologist parents while spending your formative years in Africa. The wisecracks (say crack again? CRACK) has punched our hearts for 10 years now, and it’s still awesome.

And yes, I’ve packed 5 movie references in that first paragraph, and I’m unrepentant about it.

END_OF_DOCUMENT_TOKEN_TO_BE_REPLACED 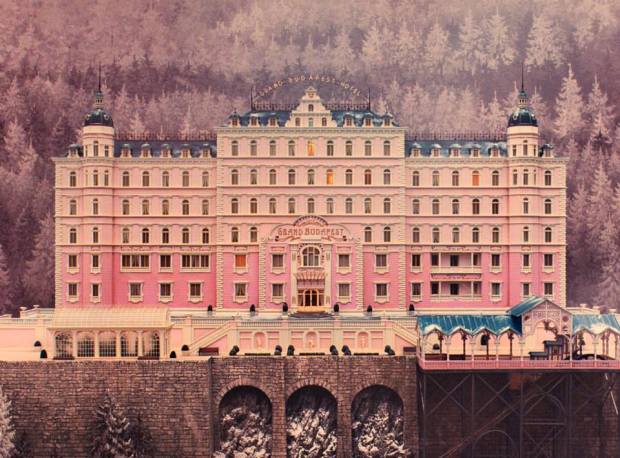 I remember seeing the music video of Vampire Weekend’s Oxford Comma for the first time and thinking that it was reminiscent of the Wes Anderson aesthetic – the chapters, the way the camera pans from one scene to another for the entire duration of the video, and even the preppy outfits. The message of the song was revealed in the manner by which Wes Anderson would have told an audience of the story of one of his films; perhaps Wes Anderson’s quirky visuals and alternate realities are not just what constitute his approach to filmmaking, but something that has been established as a distinct brand of storytelling. But in The Grand Budapest Hotel, Anderson takes this aesthetic to a whole new level, without sparing the plot of the movie from the revolutionary grandeur he took in his stride.

END_OF_DOCUMENT_TOKEN_TO_BE_REPLACED

The 1986 hit teen film Ferris Bueller’s Day Off proves that contrary to popular belief, our generation did not create the You Only Live Once consciousness, or simply YOLO as we fondly call it nowadays. Truth is, ‘80s people are doing YOLO before YOLO was actually cool.

END_OF_DOCUMENT_TOKEN_TO_BE_REPLACED

What hasn’t been said about The Breakfast Club? It is the quintessential high school film that effectively translated the inner turmoil of a high school teen into a glorious 97-minute story that everyone can understand and relate to. It is the precursor of teen movies, taking its root in the successful formula: that is to deconstruct the archetypal roles seen in high school. More recent teen movies, such as Pitch Perfect and Easy A, pay homage to this movie, and who can blame them? The glory of the high school movie genre began with The Breakfast Club. 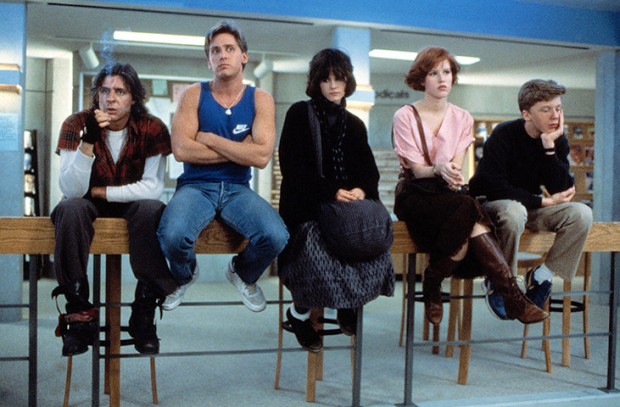 The premise is simple: five high school students went to school on a Saturday to serve detention, namely Brian Johnson (Anthony Michael Hall), the Brain; Andy Clark (Emilio Estevez), the Athlete; Bender (Judd Nelson), the Criminal; Allison Reynolds (Ally Sheedy), the Basket Case; and Claire Standish (Molly Ringwald), the Princess. They are all kept in a room, and considering their different backgrounds (in high school, it was more like a caste system), they didn’t get along with each other so well. The audience is given a glimpse into each one’s quirks, most of which were compatible with their own social labels – nothing surprising there. The dandruff scene is comedy gold. But what made the movie an essential high school movie is how it played with the stereotypes, not just with deconstruction, but also with how one stereotype interacted with another. Locked in one room from 7 AM to 4 PM, will they all come out alive? The alternative of their pulling a Battle Royale might be epic, too, now that I think about it, but what happened in that room, and how they changed each other is more significant.

END_OF_DOCUMENT_TOKEN_TO_BE_REPLACED

While Bridget Jones’ Diary may be a bit of a guilty pleasure, that doesn’t make it any less true that the film was actually a good one, and that it produced an iconic kick-ass heroine. 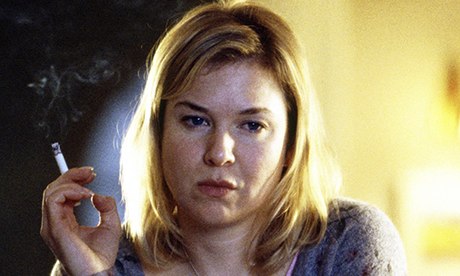 END_OF_DOCUMENT_TOKEN_TO_BE_REPLACED

Move over, Batman. Cap’s here to steal your thunder.

Captain America isback. But this time, he’s living in the present and his life and other S.H.I.E.L.D. agents’ are under threat. Members of terrorist organization HYDRA have successfully infiltrated S.H.I.E.L.D. and made a superhero agent of their own in the form of James “Bucky” Barnes a.k.a. the Winter Soldier. If the name Bucky Barnes rings a bell, that’s because he was seen in the first Captain America film where he fell from a speeding train off a deep cliff. Apparently, the fall didn’t kill him, he only lost his arm which was replaced by a mechanical one. Like Steve Rogers, Bucky was frozen and preserved. Also, he was brainwashed so he would blindly follow HYDRA’s commands.